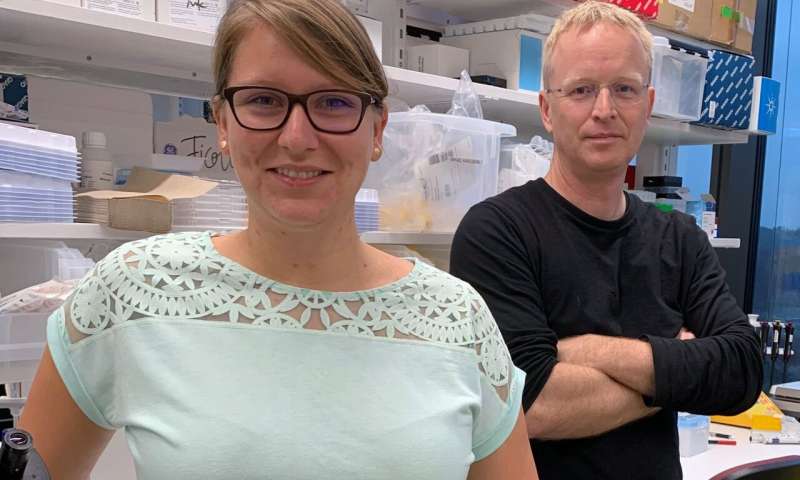 Immunotherapy for cancer has made great advances and many patients can now receive effective treatments that were not available 10 years ago. However, there are certain types of cancer that do not respond to existing immunotherapy. A study from Karolinska Institutet in Sweden published in Proceedings of the National Academy of Sciences (PNAS) reports on a new kind of immunotherapy that gives hope of more treatment options for cancer in the future.

Cancer cells have the ability to reprogramme immune cells in a way that benefits tumor growth. After years of research it has been possible to exploit the immune system in the fight against cancer, whereby different antibodies can trigger immune system T cells to attack the cancer cells.

Macrophages are a different type of cell and play a crucial role in the immune system, where they recruit T cells to an area that has been affected by foreign organisms and regulate their function. Unfortunately, certain tumors develop ways to shut off the immune system, including making the macrophages in the tumor block the T cells.

“In our study, we’ve developed a new type of immunotherapy in which specific antibodies activate the macrophages so that they support the immune system and kill the cancer cells instead,” says the study’s last author Mikael Karlsson, professor in the Department of Microbiology, Tumor and Cell Biology at Karolinska Institutet.

The study also shows that NK cells, another important cell of the immune system, are primarily activated by this new immunotherapy to work alongside the T cells to kill the tumor, as opposed to existing immunotherapies, in which only the T cells are activated.

“It also turns out that when the NK cells are activated by macrophages, their cancer-fighting ability is hugely effective,” Mikael Karlsson says.

The study, which was conducted in collaboration with Rockefeller University in New York, was initially a modeling study. The researchers then applied their discovery to human skin tumors to assay the transferability of their results.

“We can also see that these specific antibodies trigger the human macrophages, which in turn activate the NK cells to kill the cancer cells,” Mikael Karlsson explains.

These findings therefore indicate that the new immunotherapy activates a different part of the immune system compared to previous therapies, and can hopefully be used in combination with existing treatments.

“The teamwork between the NK and T cells boosts their efficacy, which can help make more types of cancer treatable in the future,” Mikael Karlsson concludes.

Journal information: Proceedings of the National Academy of Sciences