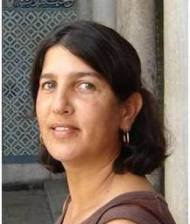 Title of the project

TBX3 in combination with c-Myc and Nucleolin as multiple markers for the early detection of sarcomas.

Sarcomas are highly diverse mesenchymal malignancies of the bone (osteosarcoma), blood vessels (angiosarcoma), cartilage (chondrosarcoma), muscle (rhabdomyosarcoma), peripheral nerves (malignant peripheral nerve sheath tumor), adipose (liposarcoma) or fibrous connective (fibrosarcoma) tissues and while relatively rare they are often fatal, and they represent some of the most aggressive cancers in children and young adults. Globally, the annual incidence of soft tissue sarcoma is around 30/million which accounts for 1% of all adult malignant tumours and over 20% of all paediatric malignancies. The incidence may, however, be underestimated due to the fact that sarcomas arising in the parenchymatous organs are more often attributed to the organs affected instead of the soft connective or supporting tissue involved. While the incidence rates for sarcomas in Africa remain uncertain, due to the small patient sample sizes studied and the large demographics, there is a widely held view that they are common in black African children and young adults. Indeed, recent studies have indicated that osteosarcomas are the most common bone cancers in black African populations and that rhabdomyosarcoma has an extremely high cumulative incidence rate in East Africa. Furthermore, HIV related Kaposi Sarcoma is reported to be the leading cause of both cancer incidence and mortality in several countries in Eastern and Southern Africa.

Sarcomas represent a complex group of neoplasms and over 100 different sarcoma subtypes have been identified which vary in pathology, molecular characteristics and clinical presentation. Their clinical management is severely challenged due to their heterogeneity, aggressive nature, late diagnosis due to lack of symptoms, misdiagnosis because they are difficult to differentiate from other malignancies and their insensitivity to current treatments. It is generally accepted that the burden of sarcomas can be reduced if their cells of origin are identified and if we have multiple and effective early diagnostic markers. This requires an understanding of the molecular mechanisms underlying the pathogenesis of individual sarcoma subtypes. Although the ultimate cells of origin of sarcoma subtypes remain unclear, there is increasing evidence that they arise de novo from mesenchymal multipotent stem cells (MSCs) but to date, there is very little information regarding the oncogenic stresses and factors responsible for the transition of MSCs to distinct histological sarcoma types. Data from my laboratory suggest that the oncogenic c-Myc, the developmentally important transcription factor TBX3 and the multi-functional nucleolar phosphoprotein nucleolin may be key drivers of a range of sarcoma subtypes. Indeed, we recently reported that TBX3 is upregulated in several soft tissue and bone sarcoma cell lines and patient-derived sarcoma tissues. We explored the significance of this overexpression using TBX3 knockdown and overexpression cell culture and mouse models and demonstrated that TBX3 promotes proliferation, tumour formation, migration and invasion of chondrosarcoma, liposarcoma and rhabdomyosarcoma cells. Furthermore, we showed that TBX3 is upregulated by the oncogenic c-Myc and that it binds to and co-operates with nucleolin to drive proliferation and migration of the above-mentioned sarcomas. We, therefore, hypothesize that (1) TBX3 in combination with c-Myc and nucleolin may be important differential biomarkers for the early diagnosis of a subset of sarcomas and (2) c-Myc, TBX3 and nucleolin alone or in combination can drive the transformation of mesenchymal stromal/stem cells into these sarcoma types. This study proposes to test these hypotheses because results emanating from it will have important implications for the early and accurate diagnosis and treatment of mesenchyme-derived cancers which are highly aggressive and mostly affect children.

Value of the project in the struggle against cancer

Sarcomas are highly aggressive malignancies of mesenchymal origin and their clinical management is severely challenged due to their heterogeneity, late diagnosis due to lack of symptoms, misdiagnosis because they are difficult to differentiate from other malignancies and insensitivity to current treatments. It is generally accepted that the burden of sarcomas can be reduced if we have multiple and effective early diagnostic markers which require an understanding of the molecular mechanisms underlying sarcoma genesis. Our findings from this study revealed that c-Myc, TBX3 and nucleolin play an important role during the oncogenic transformation of mesenchymal stem cells, the cells of origin of sarcomas. This suggests that the upregulation of these oncoproteins may be critical early events during sarcoma genesis. Importantly, our results also demonstrated that c-Myc, TBX3 and nucleolin may be used as combination biomarkers for the early and reliable diagnosis as well as targeted therapy of several sarcoma subtypes. Taken together, results from this study have extended our current knowledge of the molecular mechanisms underpinning sarcoma genesis and have important implications for our understanding of the early events in sarcoma genesis. Furthermore, they hold significant value for the early diagnosis and treatment of highly aggressive mesenchyme-derived cancers that mostly affect children and young adults.

Future plans for the research project

1. The roles and regulation of TBX3 in development and disease (2019)
2. COL1A2 is a TBX3 target that mediates its impact on fibrosarcoma and chondrosarcoma cell migration (2019)
3. The T-Box transcription factor 3 in development and cancer (2017)
4. The tumour suppressor, miR-137, inhibits malignant melanoma migration by targetting the TBX3 transcription factor (2017)
5. Managing sarcoma: Where have we come from and where are we going? (2017)